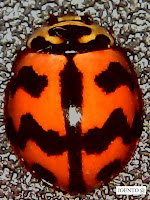 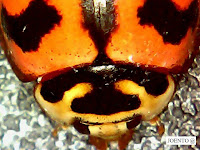 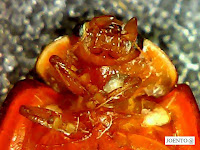 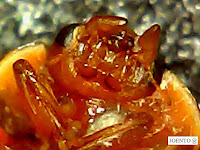 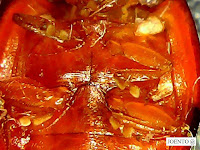 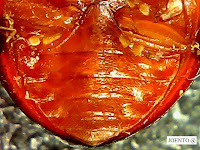 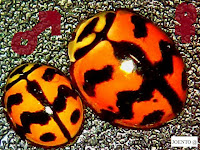 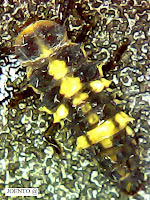 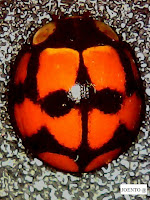 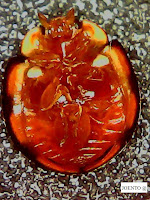 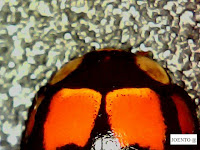 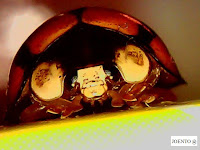 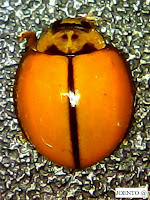 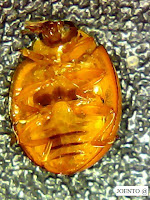 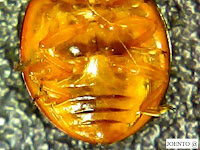 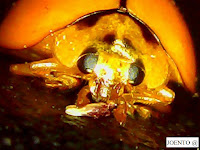 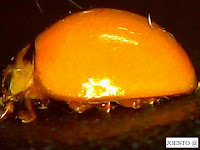 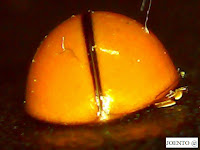 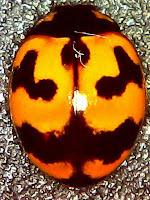 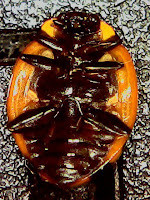 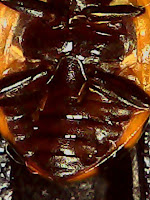 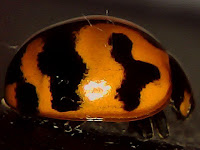 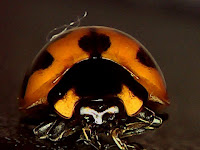 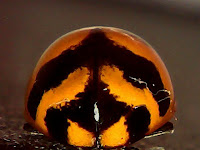 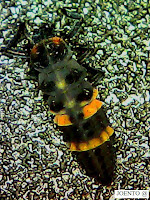 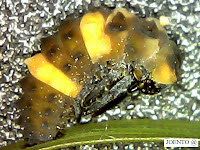 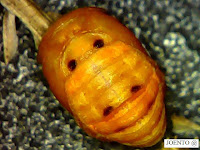 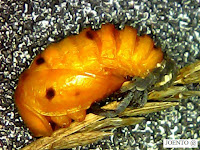 Ladybirds, ladybugs or sometimes called ladybird/ladybug beetles (by entomologists) are very common to us for over hundreds of years. In Malaysia, we call it 'kekubah kura-kura'. They are a group of insects (6-legged creepy crawlies unlike their distinct relatives; the 8-legged arachnids) that have undergone evolution since 280 million years ago (Lower & Upper Carboniferous period) and in fact have outlived the dinosaurs sucessfully. There are more than 5000 ladybird species described around the world (Judy & Humphries, 2000). Ladybirds are grouped in one big family known as Coccinellidae (in a superfamily Cucujoidea) which encompasses 2 subfamilies in accordance to Splinski (2007) although previously were divided into at least 6 subfamilies in accordance to Sasaji (1968). Thus, they are sometimes interchangeably rendered as coccinellids. Ladybirds are small beetles ranging from 1 mm to 10 mm and are commonly yellow, orange or scarlet with small black spots on their wings (elytra). Due to this coloration, they are dubbed 'Ladybird' or 'Ladybug'' in respect to Virgin Mary for which Mary was often depicted wearing red cloak in early paintings. However, not all coccinellids are ladybirds because many of them have black, grey or brown colorations. Note that only those with striking colors are regarded as ladybirds by common people but the entomologists (those who study insects) refer them entirely as coccinellids.